LibcarePlus, developed by the openEuler community together with the e-Cloud infrastructure team, is a hot patch framework for the AArch64 and x86 platforms. It can fix CVE vulnerabilities and emergency bugs that do not interrupt application services. This article briefly introduces the LibcarePlus hot patch technology. As a key technology of the openEuler community, it has attracted attention from developers.

If a running program has vulnerabilities, the following solutions are available:

The patch granularity of the above solutions changes in descending order.

The service interruption duration of the above solutions also changes in descending order.

Based on the preceding analysis, we can summarize the following advantages of hot patches:

To sum up, hot patches are suitable for scenarios that require a quick response.

Take the LibcarePlus QEMU hot patch technology as an example. The following figure shows the overall architecture of the hot patch. 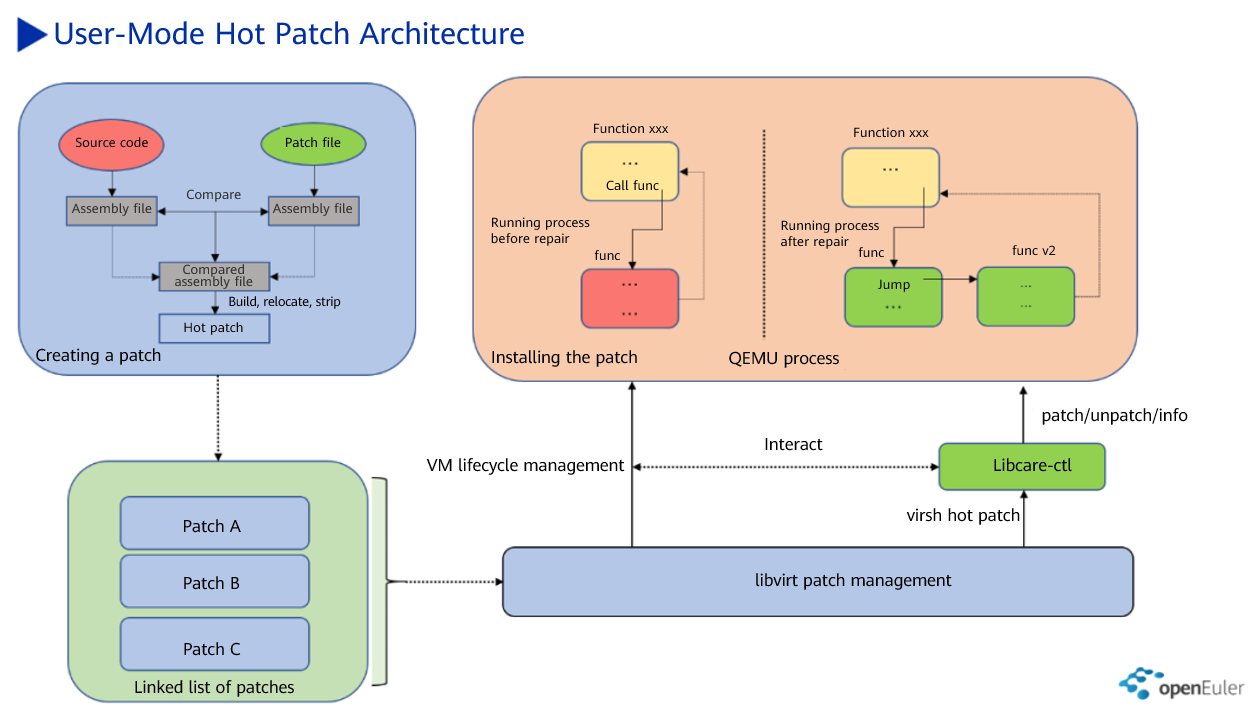 The following figure shows the basic principles of hot patch installation and uninstallation. 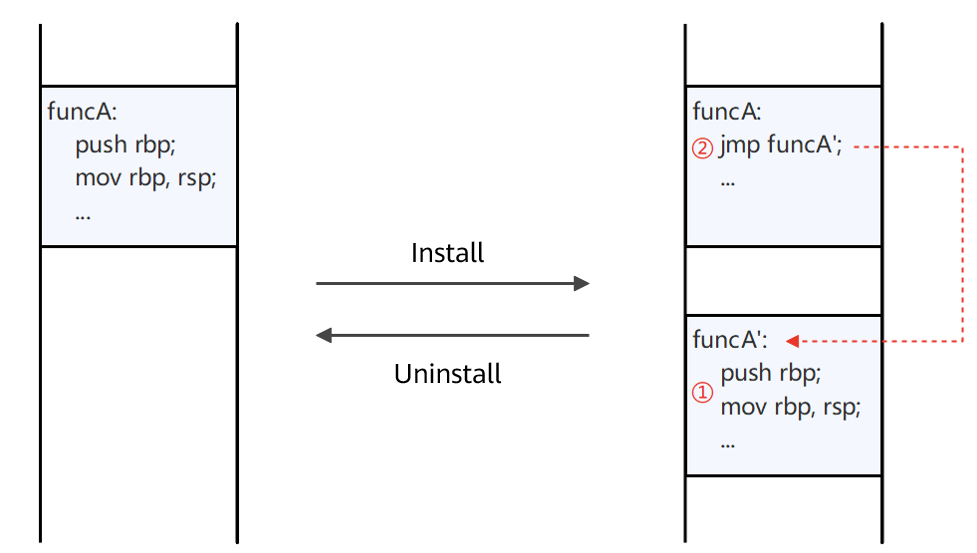 The LibcarePlus hot patch is installed or uninstalled by using the ptrace call provided by the kernel. ptrace freezes the target process for a short period of time. Then, it checks the security of the patch installation environment. If the environment is secure, it inserts the adapted patch file into the memory hole of the target process through mmap. After the preceding steps are finished, the code of the first five bytes of the defect function is modified so that the defect function jumps to the address of the new function when being invoked. In this way, the hot patch takes effect. Finally, the target process is unfrozen.

LibcarePlus has been open-sourced in the openEuler community. In the future, we will share a series of technologies to help you understand LibcarePlus in detail. If you are interested in the hot patch technology, you are welcome to join us. You can scan the assistant QR code and reply "LibcarePlus" to join the SIG.