In this article, we have tested typical applications (CPU-sensitive, memory-sensitive, and network I/O-sensitive applications) of containers in offline scenarios in the x86 environment where the openEuler hybrid deployment QoS solution is used.

For CPU scheduling-sensitive applications, two test suites of CloudSuite[2] are selected for hybrid deployment of online and offline services.

The test focuses on the performance data of the online service in the following conditions:

The following results are obtained by putting the three groups of test data together:

Generally, when deploying a service in a Kubernetes cluster, you need to limit the number of CPU cores that can be used by a container. However, fixed resources cannot meet the running requirements of CPU traffic-sensitive services (that is, applications sensitive to short-time burst traffic). For example:

To facilitate the test, we simulate a test service that runs stably for a long time but the CPU usage increases regularly and abruptly based on the preceding three conditions. This service:

In the test, enable the QoS solution of openEuler and run the preceding test cases. During the test, observe the throttling times to observe the running status of the container when dealing with burst traffic.

The following figure shows the application running status during the test. The upper part displays the number of container throttling times, and the lower part displays the CPU usage during container running. At time 1 to time 4, the service container generates burst traffic. In this case, the CPU usage of the container increases from 1 core to 3 cores. As the QoS solution proactively adjusts the CPU quota of the throttled container, the throttling is gradually alleviated until the container is no longer throttled. 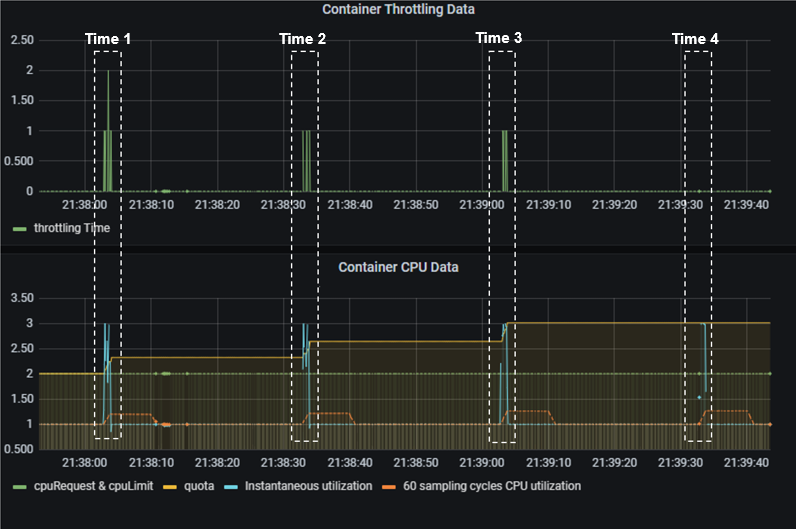 As shown in the preceding figure, the QoS solution of openEuler can effectively improve the performance of CPU traffic-sensitive applications. In this process, the quotaTurbo feature of openEuler is also used. This feature continuously monitors the throttling status of containers during service running and adjusts the CPU time slices used by containers based on the current CPU load. On the premise that the load watermark of the entire system is secure and stable and other services are not affected, the CPU limit of the service container is dynamically adjusted on demand. In this way, the service throttling rate is reduced, and the overall service running performance is improved.

The following uses a test case to verify the effect of the FSSR feature. See the following test model: 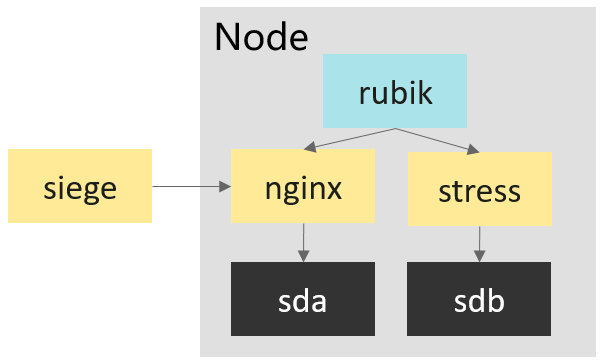 In this test, the processes marked in yellow play the following roles:

The focus of the test is the QoS of the online service (by measuring the download duration of the service). The following test cases are designed:

After the test is complete, the following results are obtained:

In the preceding figure:

The following test case is designed to verify the effect of this feature. To facilitate observation of network bandwidth changes, iperf3[5] is used to simulate service processes for online and offline services in this test. The following figure shows the network topology:

The test procedure is as follows:

The following results are obtained after collecting the test data of two rounds of tests (with the pod network bandwidth management feature disabled and then enabled). We can see: 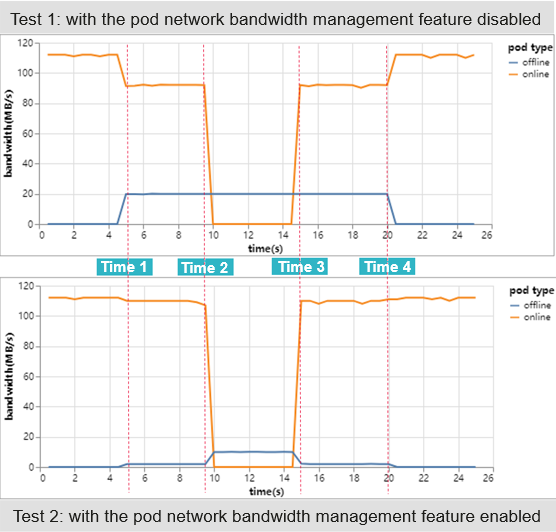 In following articles, we will introduce the technologies of key features one by one.

The resource utilization optimization technologies described in this article are jointly developed by the Cloud Native SIG, High Performance Network SIG, Kernel SIG, OpenStack SIG, and Virt SIG. The source code will be gradually open-sourced in the openEuler community. If you are interested in related technologies, you are welcome to join us by scanning the following QR code to join the WeChat groups of SIGs you are interested in. 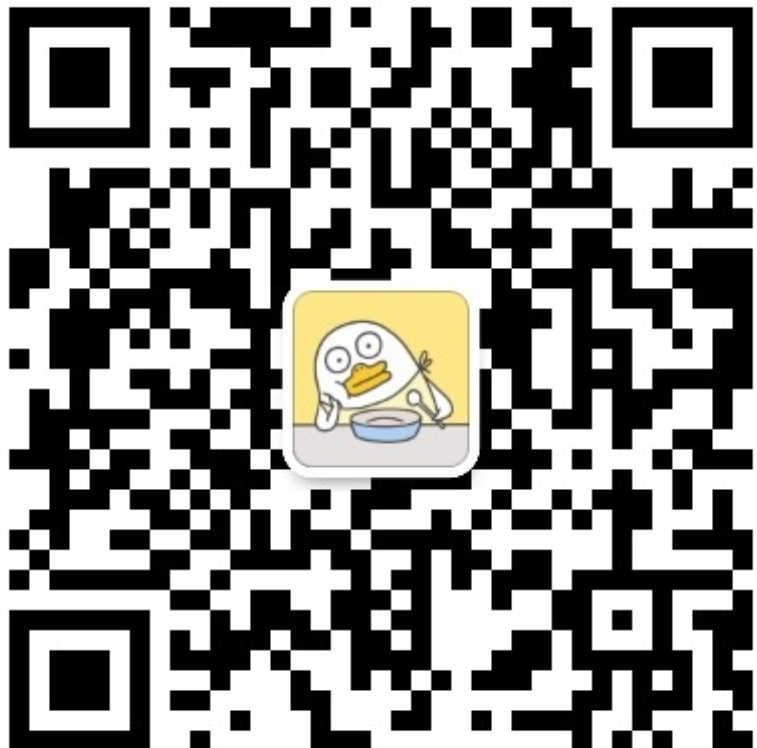