From a macro perspective, we compared the eBPF with the kernel to help you understand the eBPF principle at a coarse granularity. 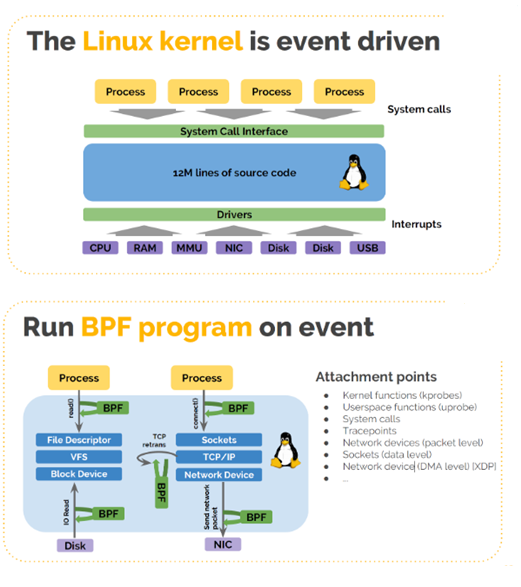 The software architecture has the following features: 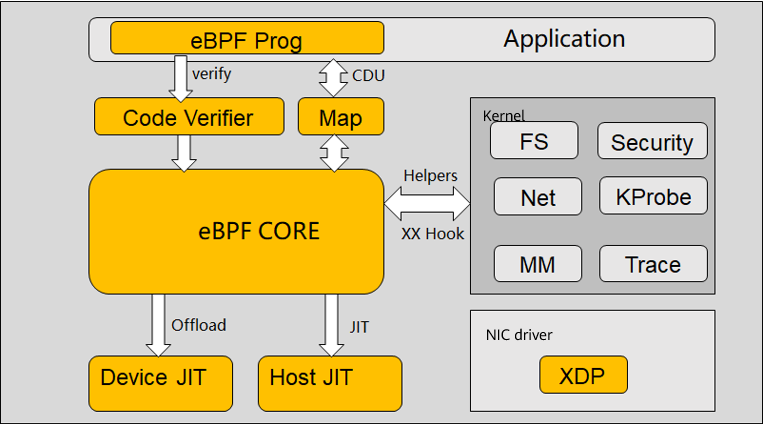 In network acceleration scenarios, DPDK used to be the only choice in some scenarios. With the development of the kernel eBPF community, the emergence of XDP provides a new choice for vendors. The following lists their differences: 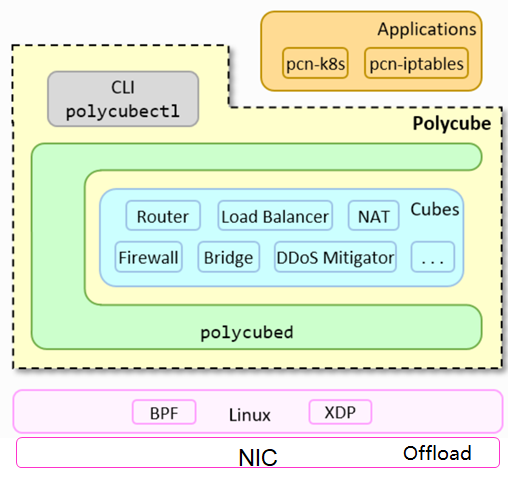 Cilium uses eBPF as its technical basis to provide a high-performance, flexible, and secure container network solution. The example functions are:

Function 1: Use Kubernetes labels instead of IP addresses/ports for container micro-isolation.

Function 2: Use sockmap instead of loopback for communication to accelerate sidecar. 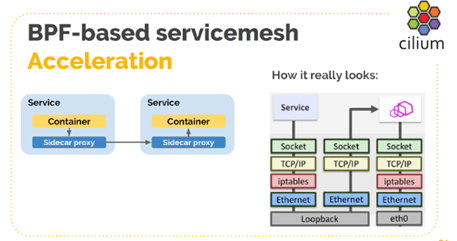 There are various maintenance and debugging methods in the kernel, but they are provided from the perspective of the kernel and cannot meet the maintenance and debugging requirements in the container scenario. The solution to this is the eBPF technology, which collects data from the microservice perspective and implements the O&M function for the container platform. Mature projects in the industry are sysdig and hubble.

BPF can redefine the struct xxx_ops structure in the kernel. Currently, BPF 5.6 supports the customization of the TCP congestion-control algorithm.

The running security of the Linux system is always in dynamic balance. The system security needs to be evaluated from two aspects: signals (indicating abnormal activities in the system) and mitigation (remedial measures for signals). Configuring signals and mitigations scattered in the kernel is time- and labor-consuming. The solution to this is eBPF. It introduces a set of eBPF helpers that provide a unified policy API for signals and mitigations.

Development Trends and Motivations Behind # 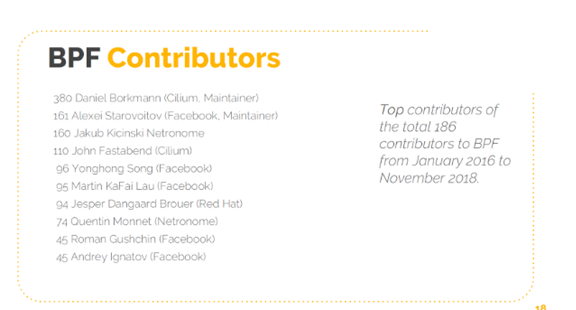 This article can be concluded in two sentences.

"BPF is eating the world."-- Marek Majkowski "Let's change the world!"-- openEuler and all Geeks

In addition to inheriting the eBPF and backporting bug fixes of the upstream community, openEuler is committed to building an open, high-performance data foundation based on the eBPF technology to provide downstream vendors with more convenient service innovation methods.